IIG Insights: Are We Truly a TCF Industry? 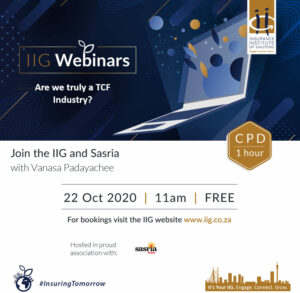 Tshepiso Chocho, Deputy President at the IIG hosted the session and welcomed everyone in attendance. She emphasised that as a proud employee of Sasria, our sponsor for today’s session, makes hosting extra special.  Tshepiso added that TCF is an area we don’t reflect on deeply enough within our own business units and is looking forward to the speaker dissect the topic.

Our speaker, Vanasa Padayachee works at the Financial Sector Conduct Authority(“FSCA”) as an Insurance Compliance Manager. She is an admitted attorney with an LLB in Law, LLM in Labour and Corporate Law, Post Graduate Diploma in Compliance Management and a National Certificate in Banking. In her current role in the Conduct of Insurance Business Supervision Department, Vanasa manages a team of analysts and assists the FSCA in adopting a risk-based approach to supervising the conduct risk of long and short-term insurers. In addition, she manages and contributes to a number of projects that have a market conduct focus to ensure the delivery of fair outcomes to policyholders, (thematic reviews and projects relating to the Retail Distribution Review).

Vanasa welcomed all in attendance and provided a brief introduction to the topic. Her aim being that by the end of the session we can analyse this within our own organisations. Part of the discussion will entail reviewing the old FSB approach to supervision vs the new approach.  Inspiration for better work culture Insurance is largely driven by the IAIS. The policyholder must receive correct conduct in treatment from the onset of a policy to termination. The twin peaks approach regulates conduct & solvency.

The right culture involves the principles the industry must adapt which forms part of the policyholder protection rules which is part of the insurance act. Every engagement with insurers must also test if insurers receives this same outcome. Policy holders cannot have any post-sales barriers. Culture is highly important and becoming more of a focus within businesses. If the culture is correct, everything else like compliance, service delivery levels etc. falls into place.

How does the FSCA test for culture?

Onsite reports, meeting with the board and board committees to test their understanding of TCF and how this translates down to employees, strategies and business models. Also forming part of this audit is investigating distribution channels, intermediary, outsourced & binder agreements, the claims department, premium collection processes, complaints management, governance and oversight, risk, compliance and internal audit findings.

Vanasa reiterated that if you follow the money, you find the conflict and therein find the risk. A large contributor is also non-effective take-on processes with third-party suppliers. This can have a huge impact on the services a policyholder receives. Relationship meetings are valuable to test the conduct risk profile of the insurer and the conduct of business report can test if the insurer receives quality reporting.

An example of poor TCF culture occurred with a particular insurer when a policyholder complained of a claim being rejected and the insurer’s defence was that they didn’t receive the premium in time. The policyholder, however, was within the grace period and it was discovered that the UMA partner was engaging with the FSCA and not the insurer. This then changed immediately and the FSCA began engagement directly with the insurer. It was noted that the policyholder be allowed to have flexibility with debit order dates. All insurers that were canvassed had the same interpretation as the FSCA except the insurer in question. The insurer learned from the UMA to investigate further non-compliance disparities and took remedial action.

Another example is where an Insurer developed a product that wasn’t priced effectively and could not deliver on promises. This was a life product which continued for 5yrs and thereafter the insurer wanted to terminate because it could no longer offer the product under its licence. The termination was sent to policyholders via SMS. They then proceeded to offer an alternative product in the form of funeral cover which hugely lacked in its offering compared to the original product purchased.

Another area of concern has been the increase of business interruption claims during lockdown.  Insurers have not exercised oversight from an underwriting perspective and have not looked at their policy wordings more carefully. Added to this is, many insurers have given away their pen with no control of how many versions of their wording exists in the market.

Vanasa concluded her presentation and thanked the IIG & SASRIA for the opportunity. Thereafter a few questions were entertained. She added that the FSCA is always open to criticism as it believes in creating room to grow, innovate and evolve.

Tshepiso closed the session and thanked Vanasa for a highly informative session on TCF. 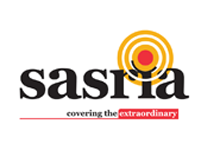 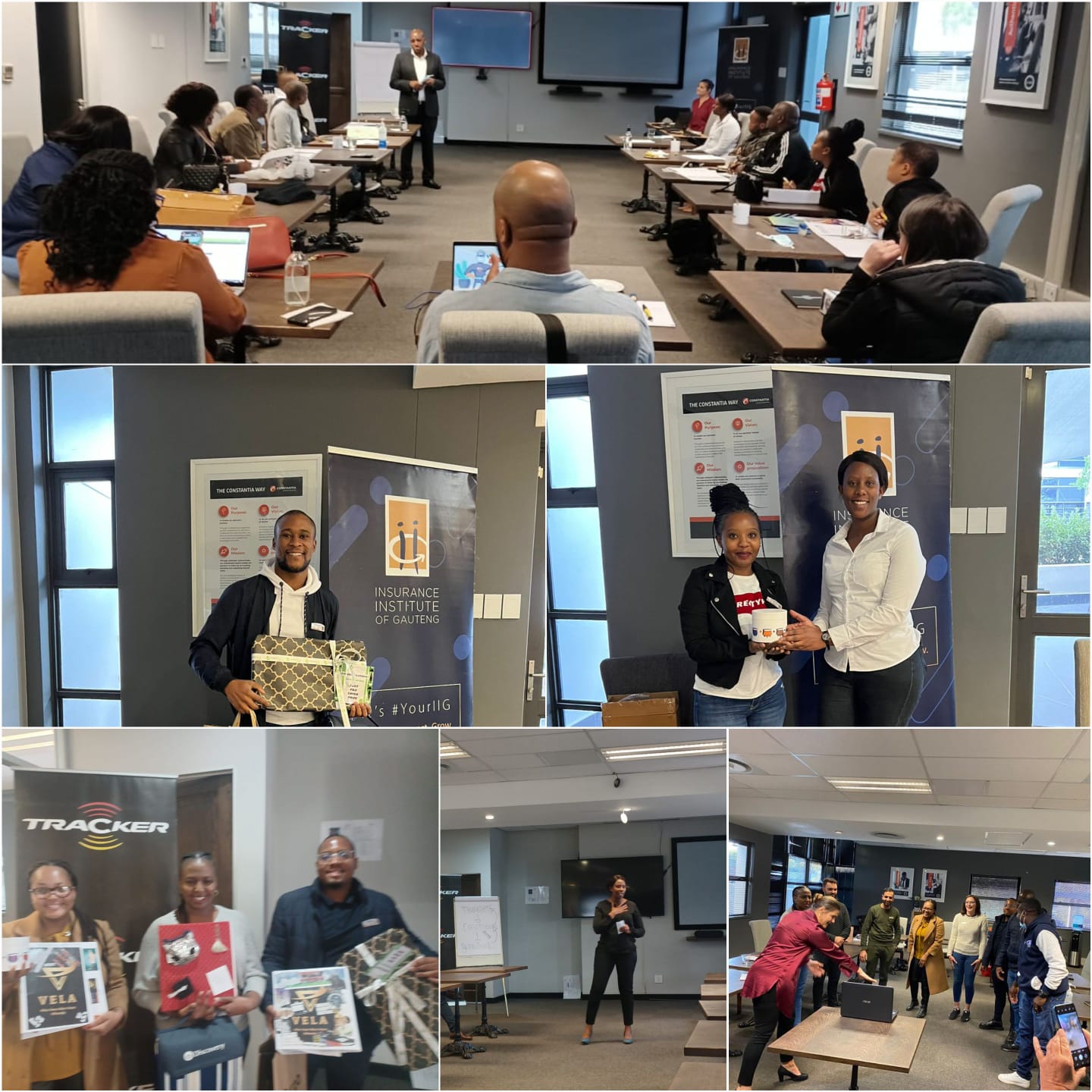 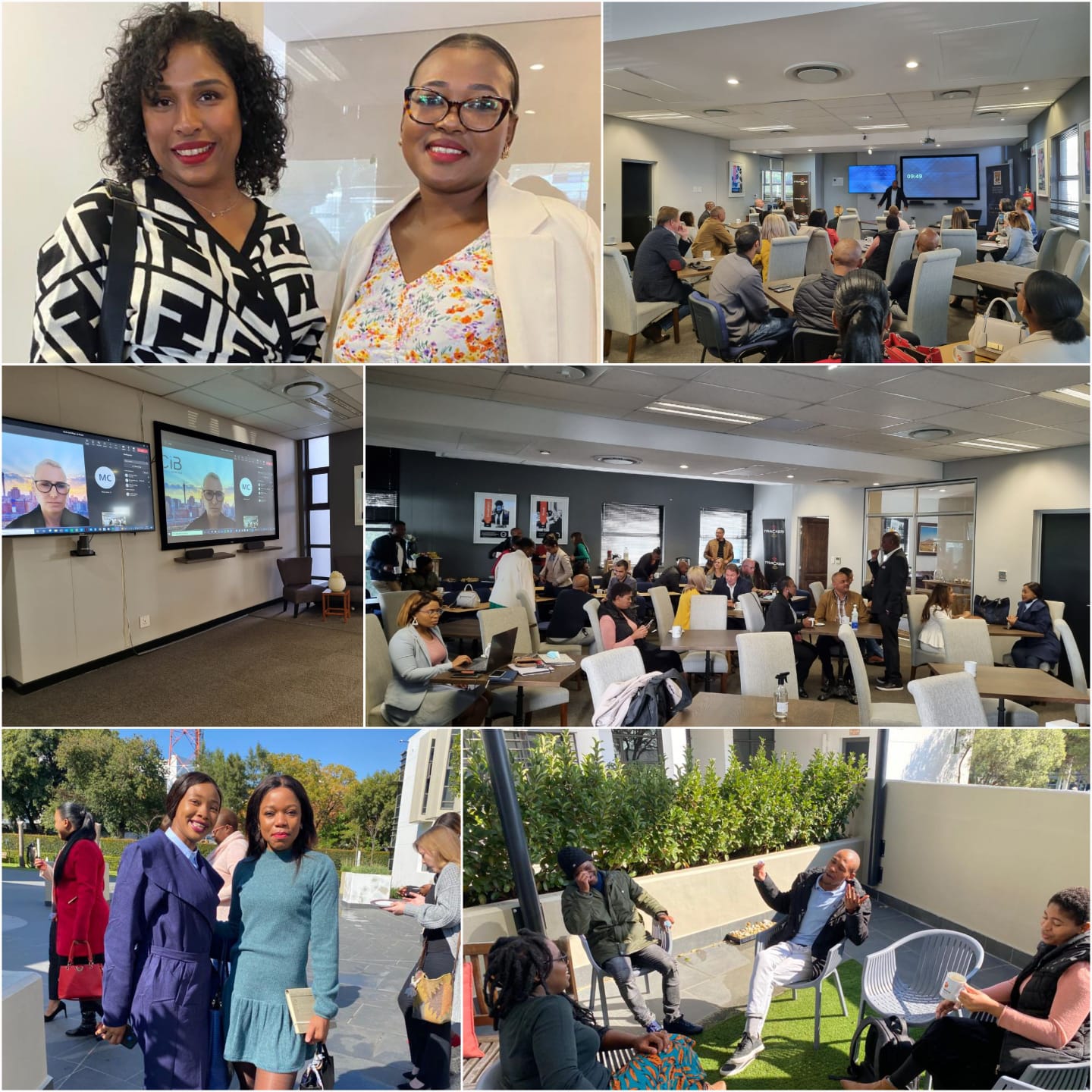 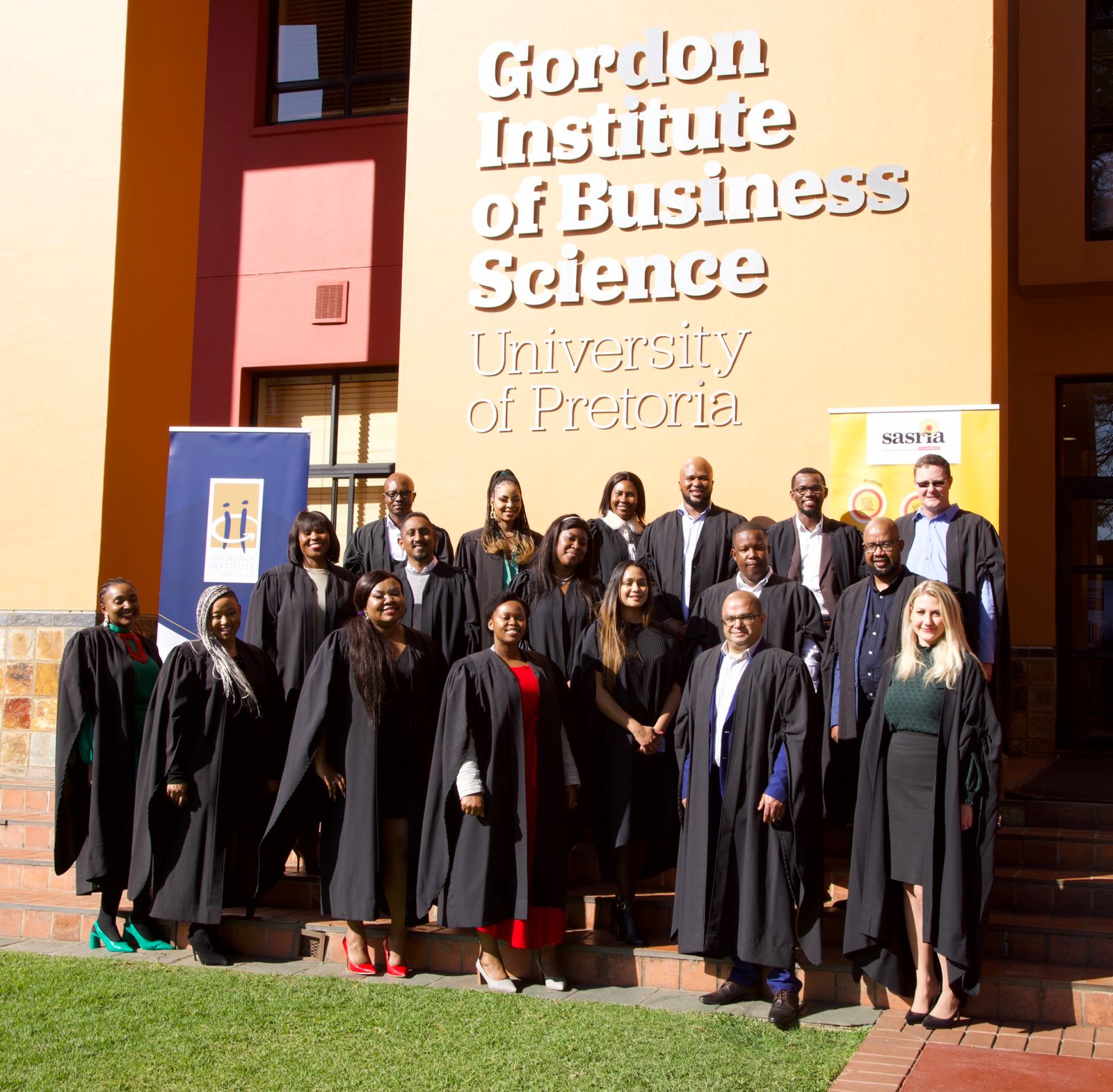 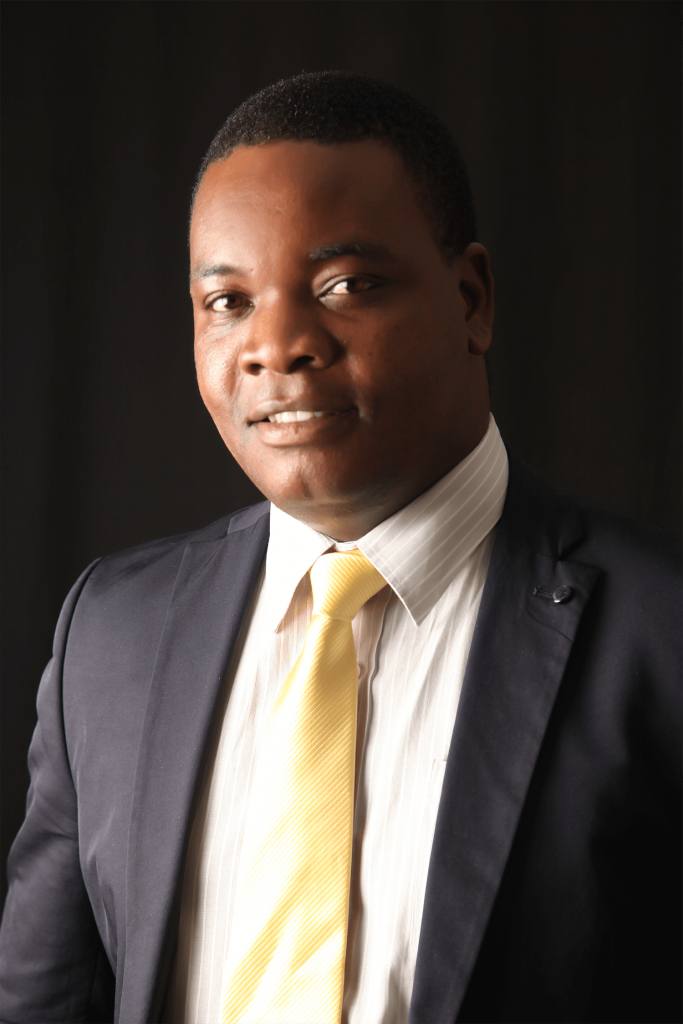 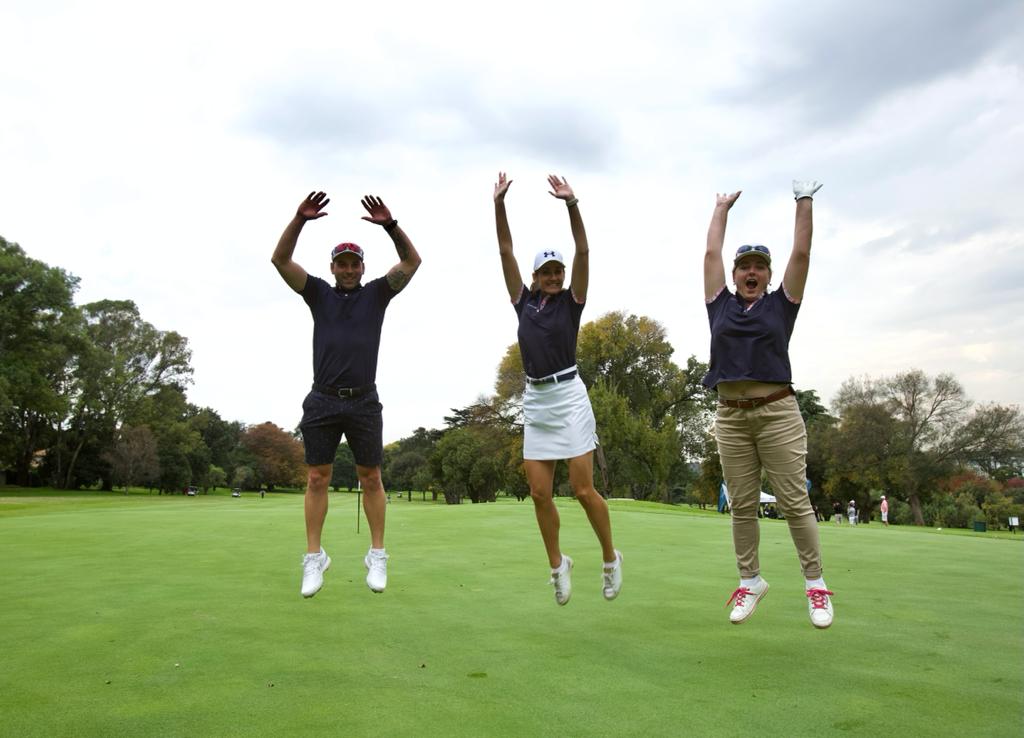